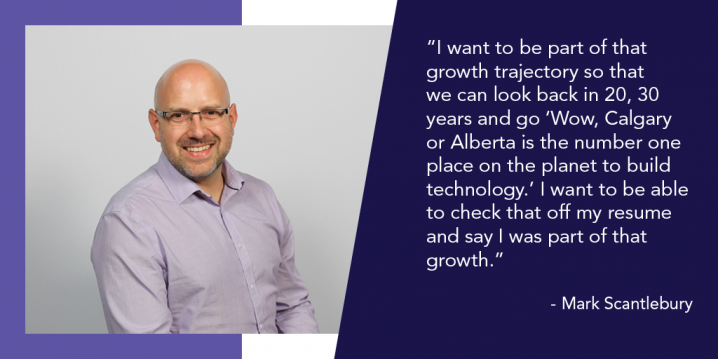 Mentorship is an important part of the Junction program. For this Fall’s Junction cohort, the startup founders will be receiving invaluable mentorship from an expanded team of Community Advisors - a group of Calgary entrepreneurs and innovators who have the knowledge and experience to help guide our founders. Over the next eight weeks, we’ll introduce you to these Community Advisors, first up is Mark Scantlebury!

Having grown up in Regina, Mark made the move to Calgary in the early 2000s to be part of the telecom technology ecosystem. In 2006, he joined Extreme Telematics, where he quickly worked his way into a management role, and then acquired the company, becoming CEO in early 2013. From the beginning of his time with Extreme Telematics, he saw there was an opportunity to take the company in a new direction, and as CEO, he was able to rebuild it “from the ground up.”

Mark has relied on community programs, supports, and mentors over the years. When he was presented with the opportunity to become a Junction Community Advisor, Mark saw it as a way to create a vortex: more seasoned entrepreneurs can help newer ones, creating more growth in the technology ecosystem overall.

Mark is married to a fellow entrepreneur, has four children, and three to four pets (depending on the month). He enjoys biking with his family, playing hockey, and watching Flames games.

Mark’s book recommendations: Good to Great and Built to Last by Jim Collins