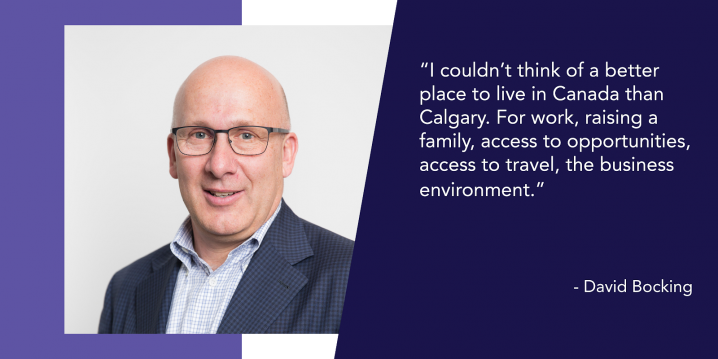 Mentorship is an important part of the Junction program. For this Fall’s Junction cohort, the startup founders will be receiving invaluable mentorship from an expanded team of Community Advisors - a group of Calgary entrepreneurs and innovators who have the knowledge and experience to help guide our founders. This week’s feature is David Bocking!

David has a background in marketing and sales - and he has approached his various roles through that lens. David’s first taste of working in tech came early in his career with a position at TELUS. Since then, he’s worked at a mix of early-stage startup ventures, innovation teams at large companies, in particular on the healthcare side and within the telehealth niche.

In 2004, David started his own consulting company InnoTraction, which was founded through his interest in innovation and his belief that regardless of how great an idea is, it won’t be valued until it gains traction.

David became more involved in Alberta’s innovation ecosystem in 2016, when he took on the role of Technology Development Advisor at Alberta Innovates, where he worked with over 350 startups - one of his early clients being Symend.

These days, David continues to work with clients through InnoTraction. He is also dedicating his time to mentoring, through programs such as Junction where he’s currently advising his fifth cohort.

“If they want help trying to figure out how to write code, that’s not me. But if they want to talk about sales processes, those kinds of things, and particular channel development that’s more where my strength lies,” he says. “For me it’s exciting seeing the enthusiasm, being able to give back some advice and share my experiences.”

David believes there's an opportunity to layer more design, marketing and product management thinking into the technical talent that exists in Calgary. He thinks Calgary is off to a great start.

“I couldn’t think of a better place to live in Canada actually, than Calgary. For work, raising a family, access to opportunities, access to travel, the business environment,” David says.

David spends his free time golfing in the summer and cross country skiing in the winter. He is also an avid traveler (not these days), and recently became a first-time puppy owner.